They’re finally growing up — and Millennials could create more challenges for the housing market.

Nearly 45 million Americans will reach the typical age for first-time home buyers within the next decade, 3.1 million more than the previous decade, according to a report in Forbes. But not only are there likely to be more buyers, the cost of starter homes has gone up considerably, gaining 57.3% in value over the past five years.

To tap into the mind of Millennials (categorized as people aged 23-38), TD Bank surveyed 850 of them who were planning to buy their first home in 2020.

Some of the findings:

But here’s a reality check: Only 52% said they had started saving for a down payment and 53% had reviewed their credit reports. In addition, only 42% said they had created a budget for their home purchase.

There are also built-in disadvantages. Major cities price out the middle class, favoring luxury homes and condos. Millennials also are dealing with a mountain of debt. In households headed by someone younger than 35, median debt swelled from $21,000 in 1989 to $39,000 in 2016. Meanwhile, during that same span, under-35 households with student loan debt jumped from 17 percent to 45 percent.

This all begs the question: When boomers are ready to sell homes, will Millennials be able to afford them?

“We’re looking at a generation that will have lower lifetime wealth,” Jenny Schuetz, a housing policy expert at the Brookings Institution, was quoted as saying in the Washington Post. “That’s bad news for the economy overall, not just millennials.” 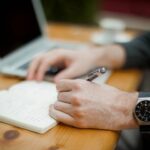 The Evolution from Standard Commission to Flat Fee in Real Estate